SQL Server 2016 has a useful feature embedded with it, which help end-users to improve the query performance. Such feature is termed as Query store that resolves all the problem, which occurs during query processing and stores information related to execution of query. You will be happy to know about SQL Server 2016 Query Store, if you don’t want to loose execution plan of queries when your server restart or upgrade. Moreover, it archives Execution plan of particular queries and one can determine this plan for a specific query. The feature is easy-to-use and is available to each users using this version of SQL server.

Lets know how SQL Server 2016 Query Store is beneficial or we can say its advantage. 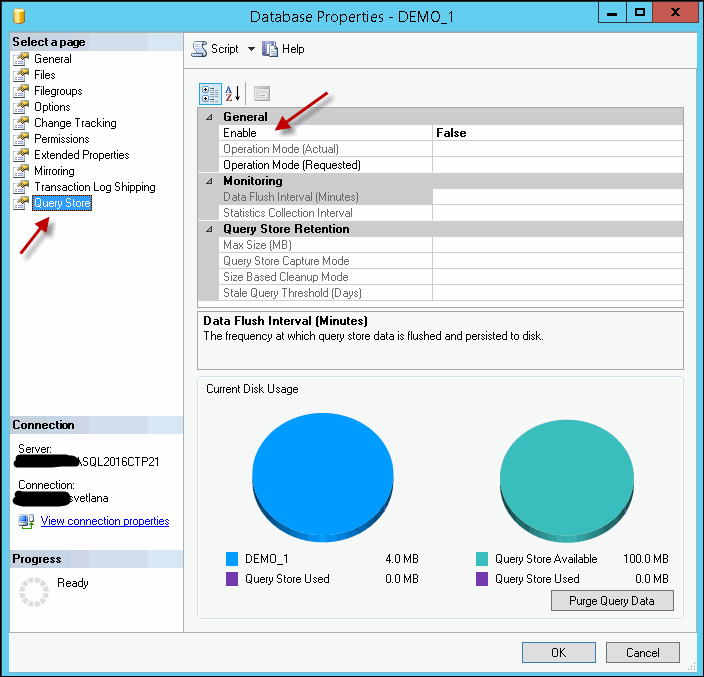 The configuration is described in the below snapshot: 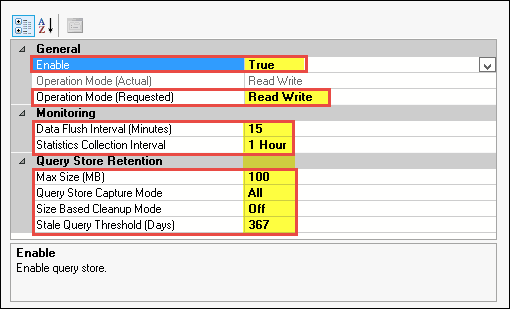 One can also configure Query Store feature by making use of T-SQL, also. Run the below-mentioned query in it:

So from above its clear that how to configure SQL Server 2016 Query Store.

The feature comprises of six advanced systems and seven catalogs, which can be reviewed by running following query:

Moreover, there are 19 extended events of Query Store feature and they are described in below snapshot: 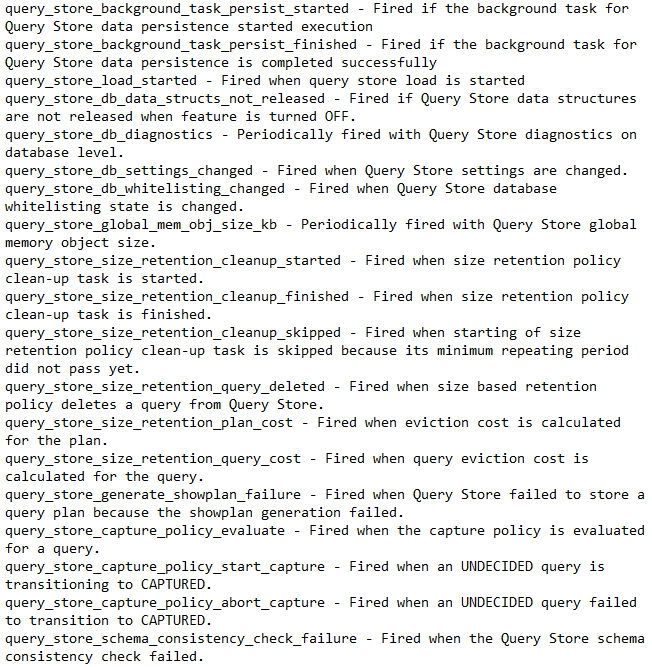 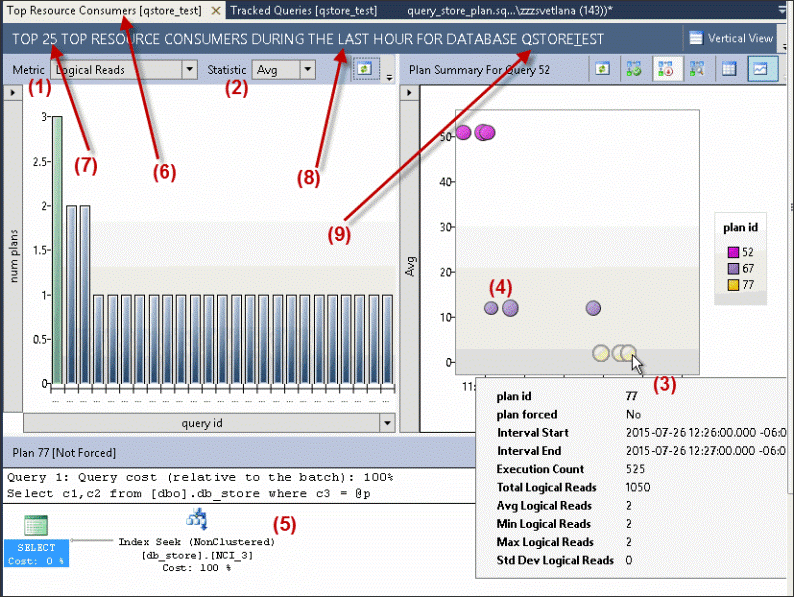 Number (1): A Metric drop down menu, which is in the left chart and its functioning is to display overall statistics of selected metrics (Horizontal or Vertical axis).

Number (2): A Statistic drop down menu, which has the same functioning as of Metric menu for both vertical and horizontal axis.

Number (3): Denotes the detail of statistics for a particular query_id or plan_id.

Number (4): Denotes the bubbles size that depends upon the number of executions.

Number (5): Upon clicking multiple plans, an execution plan will be displayed with its ID in a window pane

About Horizontal and Vertical Axis 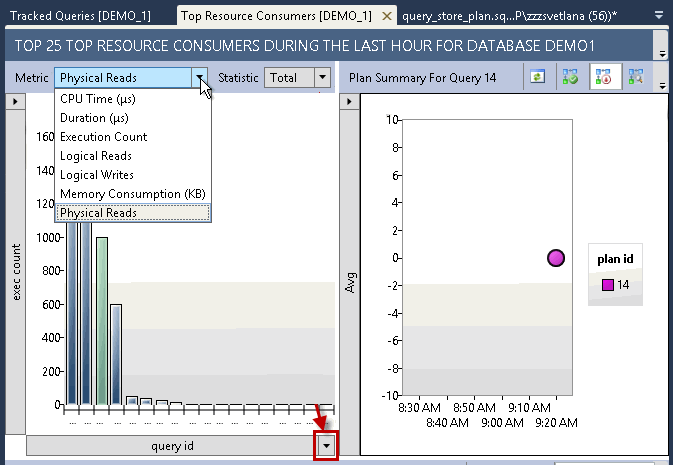 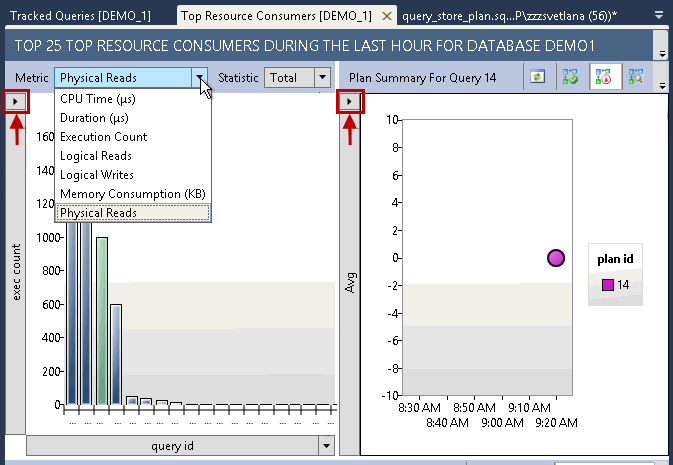 From the Right chart, click on Grid and then select Vertical View option, which is in title bar

Number (1): ‘Track Query’ button, which is used to open the ‘Tracked Queries’ in front of you

Number (2): ‘View Query’ button that will allow you to operate the new SSMS window from T-SQL by executing a query

Number (3): ‘Detailed Grid’ button by which user can view top queries list with all its statistics.

Number (4): A ‘Grid’ button, provides a limited details of top queries list depending on Statistics and Metrics selected.

Number (5): A ‘Configure’ button that enables users for assembling the entire pane all at one places

Know How to do MS SQL Server Disaster Recovery Planning

How to Reset SA Password In SQL Server with Different Methods

View all of Stacy Brown's posts.