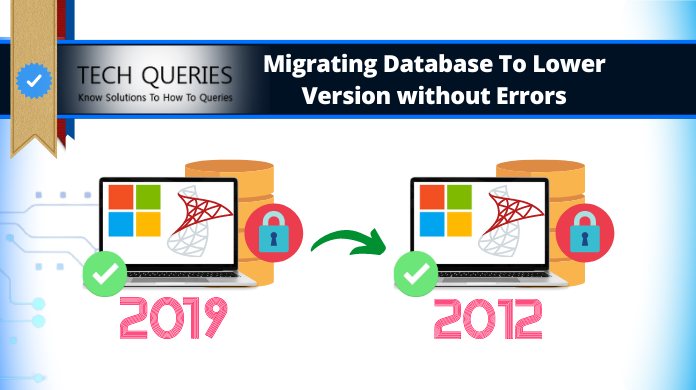 The blog will be discussing the step wise procedure on how to migrate SQL Server database to lower version using 3 methods.

Scenario: Suppose a situation in which a user of SQL Server Database upgrades its SQL Server from lower version to higher version and realizes that its application is not functioning properly after the upgrade. Evidently, the user wishes to roll back the upgrade by downgrading the SQL Server Database version to its previous version. However, he/she is unable to attach the database or restore the backup of database even after setting the compatibility level to lower version.

The following error message will be displayed when the user tries to restore or attach the database. It happens as the SQL Server is automatically upgraded to higher version and it does not allow user to restore database from higher to lower version.

Note: The scenerio/problem explained above is one of the many problems faced by our clients. If you generally want to shift to Lower Version of SQL server, you can follow these given solutions.

As you know, handling SQL can be tricky as it involves so many complex procedures. Also, nobody wants to mess up with their data. So it is suggested that you go for a professional software that will turn laborious and wearisome task into unchallenging efforts.

The Above SQL Migrator can transfer or Copy SQL Tables data with schema, Functions, Views, Stored Procedures, Triggers etc. Moreover, if any data gets deleted, the same software can help you restore the database.

Step-1. Start the Software & then Click on the Open button.

Step-2. Select the Online or Offline Mode as per the choice. Step-4. Adjust the Export Settings as per your preference here. 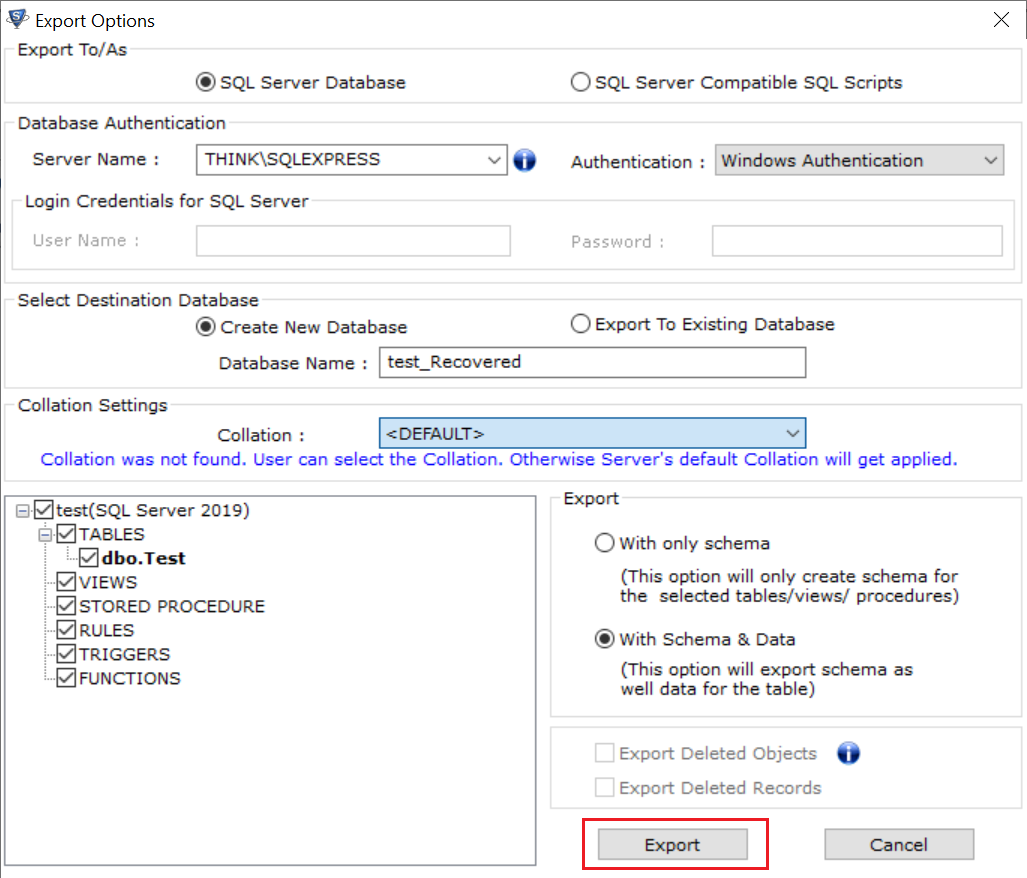 How to Migrate SQL Server Database to Lower Version

In this step, we will first script the schema of the desired Database on SQL Server 2012 instance to migrate the database to SQL Server 2008 R2 using Generate Scripts wizard of the SQL Server Management Studio.

In the second part of the procedure, we will connect to the lower version i.e. SQL Server 2008 R2 Instance and run the scripts generated earlier in the first part to create the database schema and copy all its data.

In the blog, we have discussed about the error when user of SQL Server Database upgrades from lower and higher version. Also experiences that the application is not functioning properly are also there. In such situations, we can use the scripts using Generate Scripts Wizard in higher version and execute the same scripts in lower version. The steps are given for the whole process to migrate SQL Server database to lower version.

It is advisable that users take backup of database before upgrading their SQL Server version. Since the migration process takes lots of time and storage, downgrading SQL Server Database must include professional software to migrate SQL Server from higher to lower version.